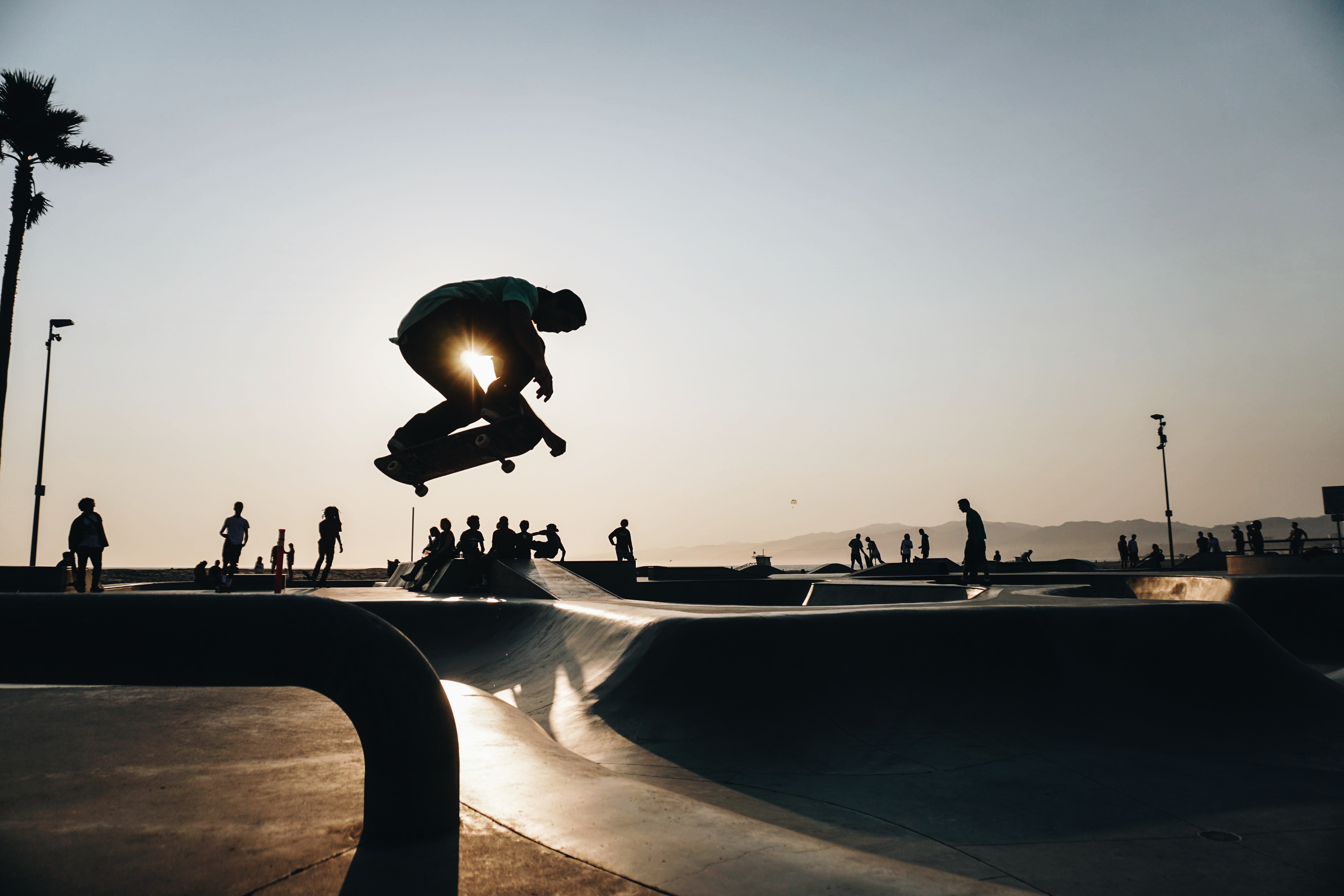 Guest Blog: Simon says: I have known TC from our time at ISM and know that he is a good friend to Christian schools. He wrote this opinion recently and I thought it would make a good thoughtful blog for CSM. He has graciously consented to our publishing it. TC is currently President and Senior Consultant at Arete Advisory Group.

I think I am uniquely qualified to address the growing concern of how athletics can negatively affect our Christian schools. Something made to be fun and create teamwork, has quickly become a serious distraction as many Christian high schools and colleges are developing larger and more competitive sports programs. I like to think this shift in athletic priorities is for the best of their students, but I really don’t think that this is the case. Image, ego and prestige have taken center stage in many schools’ programs, as starry eyed administrators use it as the preferred method to attract more students to their schools.

But, at what cost are schools paying for this new focus and direction?  Are large and increasingly competitive athletic programs healthy for your school’s long-term viability and sustainability?

Some have said that they want to use athletics to “build school spirit” or “build their reputation”. Some say they want to “maintain good public relations in their community” and use sports as a “drawing card” for future enrollment and admissions. Others want to use sports to promote personal development of fitness and health among participants, and, of course, teach and reinforce important principles for life.

All of these thoughts seem to be reasonable, and after all who can argue with better student health, pride in your school and team spirit, or experiencing teamwork and leadership development in our students? Shouldn’t we as a school provide as many activities and athletics as possible to build our reputation, expand our enrollment and grow our overall programs?

Maybe not. I know I may be labeled a heretic or a trouble maker, but maybe an over commitment and unbalanced approach to activities and athletic programs are hurting our schools and making it increasingly difficult for them to achieve long term sustainability.
Today, I want to take a hard look at the issues in Christian school athletics that make it difficult to achieve primary goals—issues such as the real costs, the balance of student and staff priorities, and the participant behavior and attitudes.

Now, please don’t think I’m a sports hater or that I oppose athletic competition, I love the value of athletic competition. As I said earlier, I have played, coached and participated in numerous sports from t-shirt leagues up through college programs.  I have also served as a sports ministry Chaplain for high schools, colleges, Olympic programs, thoroughbred racing and professional soccer and baseball. I have seen firsthand the pressures, problems and the struggles of many athletes who may have achieved limited success in athletics but failed in their studies, their relationships and their future careers.

In my more than 35 years in ministry, education and athletics, I have just about seen it all…or so I thought.

Many years ago, I worked with a large Christian school that had a sterling reputation for its spiritual values, Christian service in the community, and for their academic rigor. For more than 30 years, people sent their children there to receive a high-quality Christian education with a strong commitment to Biblical worldview. The school had an affordable tuition, students who fit the school’s mission and values, and had no debt.

Unfortunately, all of those values and great reputation were destroyed because a few newly appointed leaders felt that a high-profile athletic programs should become the primary focus at the school in order to be competitive with the other local schools. The winning at all costs attitude adopted by these misguided leaders lead to questionable recruiting of students (aka players) who were not a good fit for the school’s mission and values. Issues soon arose in student behavior, discipline and academic expectations. Soon, a double standard of discipline developed, and grade fixing became the norm for the coaches. The school culture turned from a focus on academic and spiritual matters to win at all costs to achieve state championships and titles.

Within 3 years the school had lost 70% of its student body because of the problems that were created, and the school was ultimately crushed by rapidly declining enrollment and incredible debt load. They defaulted on millions of dollars of loans, lost many of their dedicated faculty and staff, and for months were the laughing stock of the community with all their ugly transgressions played out on ESPN and the front page of their local newspaper.  Not the testimony that a Christian school would ever want to have! No one will ever know the financial, moral and spiritual damaged caused by a handful of people who lost perspective and priorities for their athletic programs.
You’d think this is just a rare random occurrence, right? Unfortunately, no. While researching for solutions to another school’s crisis, I came across no less than 20 Christian schools who had made, or were making the very same mistakes. I even came across several Christian colleges that while mired in a downward spiral of enrollment and facing deep financial cuts and staff layoffs, were moving their athletic competition up to NCAA status! They couldn’t pay their bills and had a tough time making payroll each month, but their sports teams pushed toward their misguided goal of their division finals and conference championships!

So, this begs the question: have athletics become a misplaced priority in our schools? Have schools lost their balance between academics, spiritual life and athletics? Is the tail of sports competition wagging the dog of mission, academic challenge and career preparation?

I think we can all agree that there is an appropriate place for sports at the Christian school and college campus, and that student participation in competitive sports has many benefits. But, while we can support competitive athletics and the opportunities such programs can provide, we should be very clear on the real costs of athletics and look at 3 critical factors that often hinder the true goals of sports.

Let’s talk money and sports. Of course, there are many financial needs involved in competitive athletic programs. Building and maintaining athletic fields and facilities, coach’s wages, traveling and transportation for the teams, insurances, supplies, and equipment require funds…lots of funds!

Oddly, in my many years of experience, I have found that many schools spend almost three times as much on athletics programs than they do on textbooks and curriculum. They don’t seem to bat an eye at a $20,000 scoreboard but can’t bring themselves to spend that kind of money on classroom technology or academic resources. Now that is a clear sign of misplaced objectives and shows a lack of priorities.

But often, the biggest cost isn’t money, it is the required cost of time and effort that adversely affect participants’ academic, family, career preparation and ministry responsibilities. Student athletes spend between 15-20 hours a week with practice, travel and competition.

Overemphasis becomes obvious when practices last 3-4 hours for nearly every day when there isn’t a game. With sports seasons generally lasting 12-15 weeks, that overshadows most of the school semester and even part of the summer break. Student athletes come early, leave late and try their best to juggle a demanding schedule to complete reading assignments, paper writing and other academic expectations.

Is quality in athletic competition an important consideration for students, parents and school administrators? Yes—I think that we should always strive to bring excellence to everything we do. But, I do not think it should be at the cost of foregoing other, equally important experiences, activities, like career planning, maintaining family and other relationships, and all of the other critical life lessons.

Maybe we as parents, coaches and school administrators, with seemingly good intentions often overemphasize success. Maybe we expect too much and we “push” the student athlete so forcefully that we spoil the fun of competition. Sometimes that overemphasis has an even higher cost like poor academic achievement, student and parent stress levels and even participant burnout. I’ve known many Christian athletes that could knock the cover off a baseball but couldn’t do the math required to balance a checkbook.

Still, not everyone is a superstar athlete. Most student athletes at Christian schools and colleges will be good at basic skills and will play well on a team. It’s critical to have a proper recognition of noteworthy teamwork progress or accomplishments—not just wins and losses. This will be the hallmark of a healthy athletic program and indicates a good balance of priorities. We have all known coaches who have had an imbalanced perspective as they overemphasized the role of “star athletes” on a team, or on winning a game at almost all costs.

Let’s remember that Christian schools have one major objective and that is to prepare students academically, spiritually and socially for life and their careers. Perhaps it needs to be recognized that few if any of our athletes will be going on to the Olympics, or to play professional sports as a career. It’s a nice thought, and a lofty goal, but it’s not a very realistic one. Most of our student athletes will be participating for fun, recreation and team spirit.

I travel to many schools and colleges each year as an education consultant, and I often hear terrible stories of Christian school athletes who have behaved in a very un-Christlike manner. One Christian college that I have worked with has such a poor reputation that other schools (even secular colleges) refuse to play them. This college has numerous championship banners in various sports, but little or no respect in their league or conference. How does that speak to the testimony of this school as a light of the Gospel to the other schools, especially the secular colleges they play?

So, knowing all of these concerns that we face, does competitive athletes have a place on our Christian school and college campuses? Absolutely! Competitive athletics have tremendous potential for building character and morale, encouraging fitness, reaching the community, and teaching students the importance of teamwork. A well run and effectively managed athletic program builds school spirit, can attract mission appropriate students and allows us to build our students academically, spiritually, socially and physically for the future.

However, to achieve these goals, the leaders in Christian schools and colleges who oversee competitive sports programs must maintain a proper focus and address sensitive issues immediately and often. Clear expectations that academics come first and that participating in a sport at the school is a privilege nor a right. High expectations must be set and achieved in order to represent your school on the athletic field.

High-quality leadership—coaches, athletic directors, and administrators—will help keep the program focused on the proper goal of developing good character in participants. A Biblical philosophy of athletic competition must be defined and clearly communicated. With the right priorities, dedicated personnel, balance in all things, and a careful plan, a school can turn potential problems into true success.